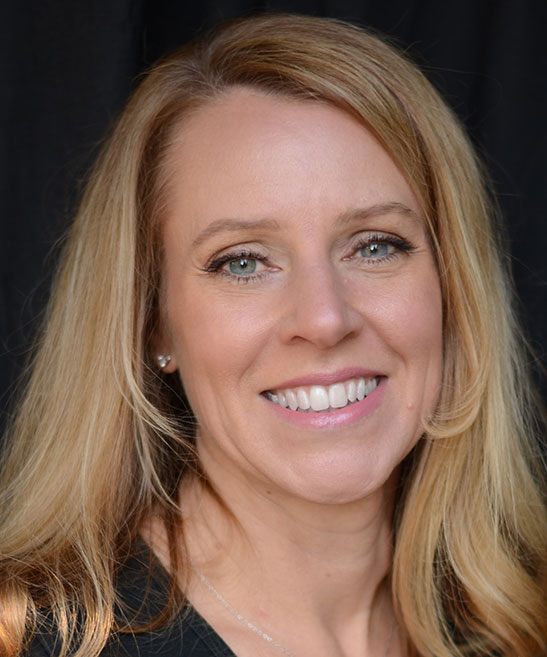 Kari Alexander’s daughter used to be in a girl scout troop. As troop leader, Kari oftentimes interacted with parents including Brett, the father of one of the girls. Kari knew that Brett had polycystic kidney disease, but his health wasn’t a regular topic of conversation. They were simply acquaintances whose daughters were friends in the same troop.

Several years later, she saw a Facebook post. His disease had progressed and he was searching for a donor. As soon as Kari saw the post, she felt like she should get tested. “I didn’t think twice,” said Kari. “It seemed like the right thing to do.” Her husband was very supportive and after she found out that she was a match, they told their kids the news. Mom was going to donate a kidney. Their son was a bit too young to fully understand, but her 10-year-old daughter grasped the enormity of it – her Mom was going to save her friend’s dad!

Kari had never had surgery before. She was nervous – especially about the anesthesia, but at the same time felt very confident and at peace about her decision. A meeting with the anesthesiologist calmed her fears and surgery was scheduled.

After surgery, Kari recovered quickly. “I’m a fitness instructor and took some time off of work, but I was back running two or three weeks after surgery. Ever since, my life hasn’t been any different. You forget. Life went back to normal.” Brett also recovered really well and because of Kari’s gift, he never had to go on dialysis.

Three months after the transplant, Kari had a new chance to express her kindness. She and Brett were invited to travel to Chicago to participate in a clinical trial. She provided stem cells for a transplant to Brett which has since allowed him to stop taking two of his anti-rejection drugs. The miracles of science matched with benevolence were once again on display.

For Kari, the most satisfying part of her donation story has been her ability to do something unselfish for someone. “It had such a big impact on his life and everyone in his family.” Kari adds, “the story went viral all over my community. People were bringing me gifts and telling me I was an angel. It was weird, because I didn’t expect the attention.”

Kari also offers advice to others. “If someone is thinking about it, don’t over-read on the Internet. Listen to your doctors and if your family is supportive, it’s a no-brainer.” Kari adds that people that receive this gift don’t need to feel indebted to their donor. “There doesn’t need to be the expectation of a relationship, just acknowledge your donor on the anniversary. Send flowers or a card or whatever!” 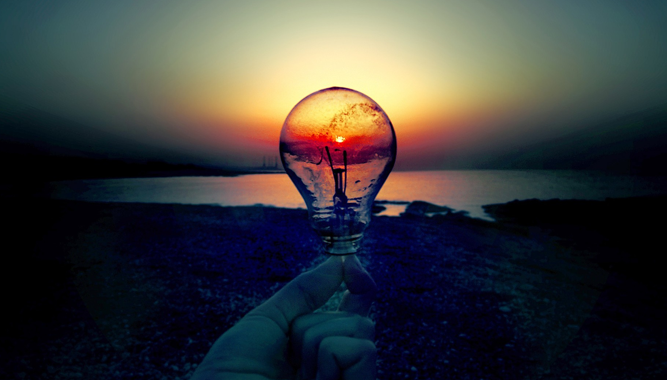 The Living Kidney Donor Experience: What Can Be Improved?

About a year ago, WaitList Zero put out a call to the Living Kidney Donor Community to complete a short online survey. Our goal was to better understand the experience of Living Kidney Donors (LKDs). The response was big – 181 donors filled out the questionnaire. One of the questions we asked was the following:

After reading through all of the comments, I came up with a set of 10 themes. Since some respondents provided thoughts about more than one area, I ended up with 249 coded responses. Here are the results.

One-third of donors made a special note that their overall hospital experience was good or great, but that doesn’t mean the other two-thirds had poor experiences. It just means that the majority of comments were just offering areas of improvement. One big take-away, however, is the significant variation in quality across different transplant centers. Most respondents didn’t mention theirs by name, but of those that did, we know that at least centers in 13 states were represented. The categories of feedback provide a guide for hospitals interested in uncovering the “secret sauce” that makes for a great donor experience – better and faster follow through and better patient/donor education and support.

Let’s look more closely at these two areas where some hospitals could improve – better and faster follow through and better patient/donor education and support. We asked open-ended questions, so nearly one in six donors bringing these themes up on their own feels significant.

We weren’t surprised to see that many donors wished for better transplant education and support. This need is pointed out in current research literature including recommendations from within the field. Feedback from some donors seemed pretty serious – such as expressing general confusion, a lack of even basic information and written materials, or wishing hospital staff had talked “to” them, not “at” them or “over their heads.” Others had more specific input such as educational videos in waiting rooms, better discharge procedures, and peer mentoring opportunities.

In terms of better or faster follow through, some donors found that their coordinator was too darn busy (or didn’t appear to care enough) to return calls, communicate updates, and move things along. (To be fair, some donors called out caring coordinators with good follow through). Many expressed the evaluation process as being too drawn out or inefficiently planned— leaving them in limbo. As one respondent asked, “how many potential donors are lost because they couldn’t get a phone call returned”?

Improved follow-up post-donation was another big area of improvement. UNOS, the organization that oversees the field of transplant on behalf of the federal government, sets follow-up standards. Currently hospitals are required to conduct donor follow-up visits at 6 months, 12 months, 1 year, and 2 years post-donation. Is this enough? Clearly many donors don’t think so. Some respondents translated poor follow-up into feelings of being unimportant, vulnerable, “used by the medical community,” feeling like a “second-class citizen,” or “abandoned once the surgery was done.” This is a theme that merits further research and focus.

Financial neutrality including employment protections topped the list of improvements in the donor experience. Secure insurance coverage to pay for things like complications or follow-up visit copays also falls squarely into the financial realm as well. The bottom line is that many donors make financial sacrifices when they decide to save a life. Respondents used words like financial struggle, burden, obstacle, and strain when describing the financial element of donation. Proposed solutions included paid leave, travel and lost wage reimbursement, and short-term disability. Not one person wished that they should have received payment for their donated kidney. Not one! Many, however lamented the thought of others not being able to save a loved one because they couldn’t afford to.

WaitList Zero has already begun working on these issues, which will intensify in the new year. You can read here about “transplant support” legislation that we are working on in New York state, here to learn about our plans to pilot a public awareness campaign, and here to read about our perspective on donor and patient education. We’ve also assembled the Coalition for Living Kidney Donation – 16 transplant- and living donor-focused organizations who, in addition to supporting efforts to pass the above legislation, is pushing for the federal government to sponsor a “Living Donation Breakthrough Collaborative” to disseminate transplant best practices and ensure that ALL living donors receive the best education, service, support, and care that they deserve.

Donors should never be worse off for having donated and should be treated with the respect and care that they deserve. If you’d like to follow our progress, subscribe to our newsletter and receive updates from WaitList Zero as we undertake this important work. 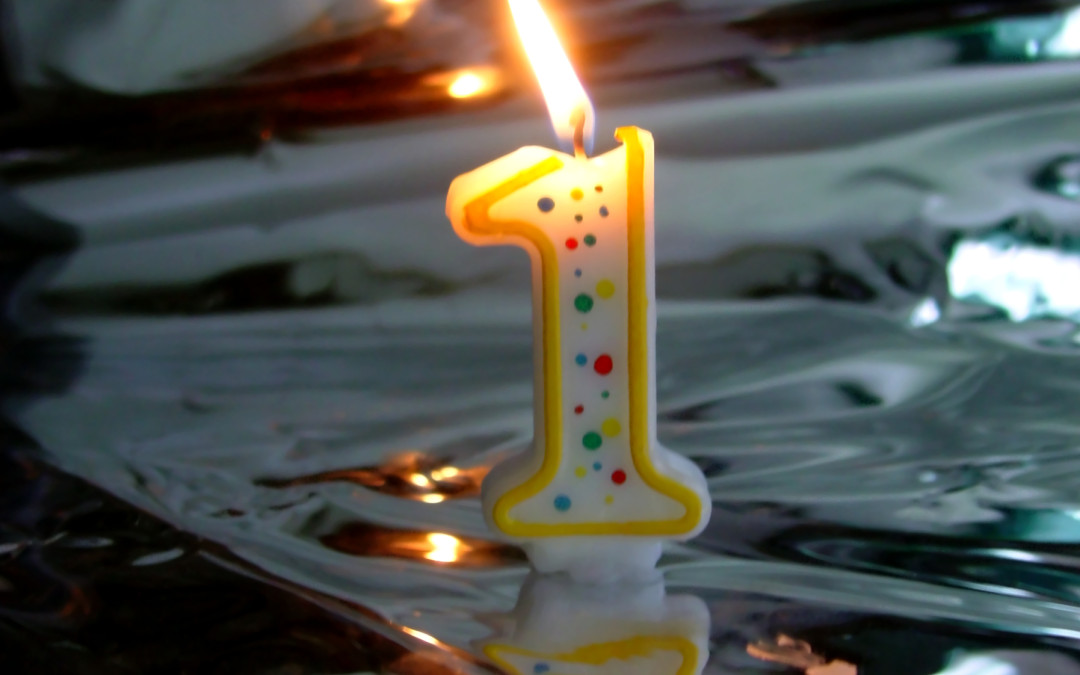 Waitlist Zero: One Year In 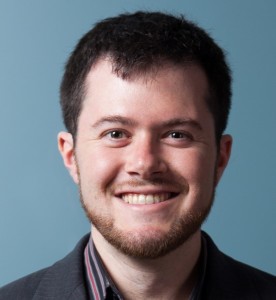 Waitlist Zero opened our doors a year ago with the mission of supporting living donors and living donation. It was founded by two kidney donors: myself and Thomas Kelly. Before then, no group represented kidney donors first and foremost. And believe me, it showed.

It’s been thirty years since the National Organ Transplant Act was passed, sixty years since the first living donation. But donors still lose wages to donate kidneys. We still have no guaranteed health insurance, still receive no follow-up care after the first twenty-four months. The donation experience at far too many hospitals is confusing and inconvenient: too often being a donor requires an act of will just to fight through the bureaucracy. We deserve better.

But, honestly, if this were only about how kidney donors are treated, I would never have started Waitlist Zero. Like most donors (more than 95%!), donation is a decision I’d make again. I knew the system was imperfect; I knew there were risks. But what motivated me was saving the life of the person I gave to.

Patients with kidney failure are the real victims of our dysfunctional system. The numbers alone are staggering: 100,000 patients on the waitlist; as many as 80,000 more patients who could use a transplant but aren’t listed; a shortage of 20,000 transplants each year; six out of seven waitlisted patients unable to find a living donor.

But what matters more are the lives and families affected. On a Facebook support group this weekend, I saw a man post about his husband who died on dialysis. He loved his life. Together they traveled to 16 countries in 18 years, and adopted many pets. I don’t know if he could have used a transplant, but so many people could.

As a donor, I know my recipient, John, will likely need another kidney. And before he does, we need to build a transplant system that doesn’t take deadly shortages as a given: one of transplant support that makes transplants easy to ask for and easy to give.

That’s why the interests of donors and recipients are inextricably linked. In our first year, we focused our advocacy efforts primarily on increasing living donation. We brought together a Coalition of sixteen member organizations united by our goal of promoting living donation. We signed up nearly five hundred kidney donors to our letter in support of better transplant policy. We brought together the most important groups in the field to meet with the federal government and persuade them to open up $9M worth of grants to living donation.

We are proud of our first steps as an organization, but in 2016 we want to broaden our focus and connect more fully with the donor community. Last year, we asked more than 180 donors about their experiences because we want to hear what you had to say. Our new Project Director, Steve Rice, went through all these responses and pulled out the common themes. He did a great job, and after the holiday we’re going to publish his piece about what donors are telling us about their transplants.

We’re also going to start featuring kidney donor stories. Starting next week, we’ll launch the donor portrait series. You’ll see a blog post a day, each featuring the story of a living kidney donor. Taken together, the portrait series will frame the diversity of motivations, journeys, and post-donation reflections of donors. By the end, we’ll host each story on the Donor Stories section of our website.

If you’re not a donor, we need you too. We need recipients; we need families; we need patients on dialysis. We need everyone who wants to do something, however small, to save a life.

If you want to fight to support living donors and living donation, sign up here. We need you.