THE most promising solution to the kidney crisis is to find more living donors.


Transplant from a living donor is the best available treatment for kidney failure.

There are not, and there never will be, enough deceased donors to meet the current need, let-alone the growing future need for donated kidneys.

Living donation can save more lives.

There are not, and there never will be, enough deceased donors to meet the current need, Over 120 million people are registered as anatomical donors in the United States, but less than one percent will ever donate after death because too few of us die in a way that allows our organs to be donated. According to the Health Resources and Services Administration (HRSA), 75% of people who can be deceased donors already end up donating. That means even if 100% donated, we’d still need fifteen thousand more transplants a year to meet the need.

On the other hand, if only 1 in 10,000 of them donated a kidney each year, it would be enough to end the shortage. There is an abundance of healthy adults potentially willing to consider living donation. The National Kidney Foundation reports that nearly 1 in 4 people (23.4%) surveyed said that they would be “likely” to consider living donation. Extrapolated to the entire adult population in the United States, up to 57 million people could be willing to consider donating a kidney to a loved one and more than 14 million are estimated to meet donation eligibility criteria.

The Case for Living Donation 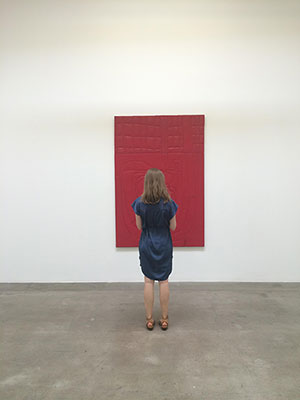 Living donation is not the right choice for everyone, but recent studies with large data sets have reaffirmed the safety of living donation. Studies (link to study details in other section) conclude that while risks exist, they are minimal:

The transplant was a remarkable experience. It takes so many skilled people to make it happen. You can’t help but feel part of a team, part of something that’s bigger than you. I am proud for having done it. I wish it were more common.

Donor to a college friend

Donor to her husband

I donated to an elderly man that I worked for. He was on home dialysis for 3 years. I wanted to give him more time with his family…I recovered after a month and he got 10-15 years of life back.

Donor to a work client

Living donation benefits the donor too.

Living donors weigh benefits and not just the risks when making the decision to donate. Benefits include avoiding the loss of the loved one; improving the quality of life for the recipient, while improving their own quality of life, positively influencing the lives of family members and loved ones; and enriching their own relationship with the recipient. No surgery is without risk or potential disappointment, but studies have repeatedly found that fewer than one in 20 donors regret their decision.

A willing donor can still help even if they are incompatible or ineligible to donate.

Incompatible donors can participate in a paired exchange. Paired donation enables a recipient with a willing, but incompatible donor to receive a kidney from another donor/recipient pair in a similar situation. Incompatible or ineligible donors can become a “Donor Champion”, working on behalf of the patient to find a compatible donor. Research indicates that people with kidney failure consistently report that personally asking someone to consider donation and accepting offers to be extremely difficult. A Champion rallies the patient’s community, building a web of support around them while identifying possible donors.

Aside from my marriage and the birth of my daughter, donating my kidney is best thing that ever happened to me.