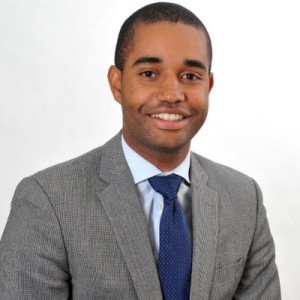 Anthony Brown’s mom has had diabetes for most of her life, but her kidney function had never been tested. In 2012 year, she went to see her doctor because of some stomach pain. Her doctor ran some tests. Results concluded that she had an ulcer. But she also learned something far more concerning – diabetes and high blood pressure had eroded her kidney function, and kidney failure was imminent.

When Anthony learned of the diagnosis, he didn’t know what it all meant. He, along with other family members, began doing research to understand available options. His aunt, who lives in New York stepped up first and offered to be his Mom’s living donor. “I was blown away by that,” remarked Anthony. Then Hurricane Sandy hit. “My aunt got too stressed out. I decided I needed to step in, but my Mom was not going let me do it at first. She said, ‘I got myself into this situation. I’ll get myself out.’ She didn’t want to put me or my sister at risk.”

Anthony persisted. For him, it seemed like a logical choice. His sister had considered being tested too, but Anthony was single at the time and didn’t have the same family responsibilities that his sister had.  And the bottom line was that he couldn’t lose his Mom. His Mom finally agreed. He was tested, matched, and deemed healthy. He would become his Mom’s donor.

Leading up to surgery, Anthony was very nervous and fearful. What would life be like post-transplant? And what if the procedure fails?  “I did some research of lifestyle post-transplant, which was reassuring. But my biggest fear was that it wouldn’t take. I kept thinking, if it fails, then I’m out a kidney and she is back to the same trouble.” Looking back Anthony wished that there was more of a community to talk with. I hadn’t ever talked to anyone else who had done it. The Doctor – that was it.”

Anthony’s surgery was very smooth. “My surgery happened to take place of World Kidney Day. There were no complications. It didn’t affect me or my looks.” He was out of the hospital in a few days and back to work within a month. “I started speaking around the country with the American Kidney Fund. I did my first speaking engagement about two weeks after my surgery.”

Reflecting back, Anthony felt like his choice in becoming a donor was a selfish one. He simply didn’t want to lose his Mom. “I got a chance to be selfless afterwards by being a voice of reason for others in a similar position – something that I didn’t have. I’ve helped four people through their decision-making process to donate. I think this is the most impactful thing that I could do in life.”

His advice for others:

“Think about it hard. If you are religious, look above you and think about whether it is something you feel called to do. Also talk to your family and friends and make sure it’s right for you. You don’t want to have regret or depression afterwards.  If you are a patient, my advice is – don’t pressure your family into it. Expose them to people that have done it. The best thing you could ever get is a reference.”

Anthony has plans to get married next fall. He’s always had this vision of dancing with his mom at his wedding to A Song for Momma. “God willing, I’ll be able to do that.”