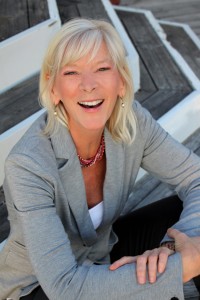 Eldonna Edwards is a Good Samaritan donor whose donation story is told in the 2013 documentary film Perfect Strangers and in the book Lost in Transplantation: Memoir of an Unconventional Organ Donor. She initially learned about living kidney donation while having lunch with a community college classmate. “She was a beautiful, intelligent person who contributed a lot in class,” describes Eldonna. After several days of reflection, she decided to offer her kidney to the student. While the woman declined (Good Samaritan donation wasn’t allowed at her transplant center at the time), the experience had been transformative. Eldonna sought out others in need online and found Kathy –  a hospice nurse with a family including a young grandchild. They felt an immediate connection to one another but their kidneys weren’t compatible. Not wanting to give up, the transplant coordinator suggested they try a paired donation. For three years with many ups and downs, the two waited for another matching pair. Unfortunately, Kathy was among a group of very difficult-to-match patients.

Eldonna wasn’t ready to let go of her plan to be a living donor.  She informed her transplant center that she would donate to whomever was at the top of the waiting list. Her kidney went to a man in his 50s in New Jersey whose wife’s kidney in turn went to a patient in Chicago. “I started a chain but I’m not sure how many were involved,” said Eldonna.

Eldonna went into surgery on a Thursday and was home by Sunday. By day 8, she managed pain with Tylenol only. After 3 weeks, she was back to work. As a self-employed massage therapist, she was not eligible for short term disability and she couldn’t afford to take off any longer. Friends were kind enough to collect $1,000 to offset her lost wages.

Eldonna had set out to give a kidney to Kathy (who was eventually matched with a deceased donor). Her kidney ended up going to a person with values very different than her own, but she considers this a minor detail. “This was a personal decision that I wanted to do. It’s just who I am. Donating my kidney helped me to have a greater understanding of the world as a community outside of myself and my immediate surroundings. Sometimes we don’t fully understand the things we’re taught as a child until we have a life changing moment. Being able to love outside of oneself is huge.”

Eldonna now devotes much of her time to advocating for living donation. She offers advice to both potential donors and patients. For donors, Eldonna says, “choose your hospital wisely. You need to feel comfortable with the transplant coordinator. You should feel valued. Make sure they are good communicators who care about you – the donor.” As for advice to patients, Eldonna asks, “Be an extraordinary steward of your new kidney so that you can become a light on the path of those still waiting.” She adds, “You don’t owe your donor anything. I thought I was going to change someone’s life, but I ended up changing my own.”